Mastermind of the “I Love You” social media experiment reports that the love bug nibbled on about 80,000 people worldwide

I’m proud to reprint, below, an inspiring and informative blog entry by my friend Jim Mitchem, an ad guru and founder of Smash Communications. Jim sat down and wrote about the “I Love You” social media experiment and the impact it had on him (and tens of thousands of others worldwide).

Please see his blog, Obsessed with Conformity, for more wit, wisdom and pure genius. Thanks, Jim, for allowing me to be a part of your brilliant scheme. And thank you for introducing me to the fabulous StaciJShelton, whose talent and work is, well, awe-inspiring. Read on for more: 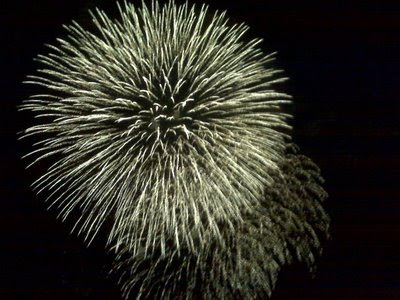 A Funny Thing Happened on the Way to Disney World

Saturday, April 4, 2009 was a pretty special day. We got up before the sun and filled the car with enough clothes and bulk food items to last us a week at Disney World. It was also the day of our annual fantasy baseball draft. Of course everyone else participating in the draft would be sitting around a kitchen table in North Jersey, while we were driving south on I-95, but we were up for the challenge (besides, we have a movie player in the car for the kids). But before any of the driving or drafting began, I posted ‘I Love You’ as my Facebook and Twitter status. It was an idea that was born about a month earlier – as a Social Media experiment to see if these three words could take SM by storm. Even if for one day. We didn’t have a lot of time to prepare, so I shared the idea with a couple of really good friends on Twitter (@StaciJShelton and @misscharlie), threw a blog post together, and did my own part to add Love to my SM stream early that morning.

We had a really good draft, despite learning that our youngest daughter gets violently carsick watching movies while driving. And by the time we got to Florida, I was overwhelmed with the massive response to our #iloveyou experiment. Not only did we all help make Love a top trending term on Twitter the entire day, but we did so without an open endorsement from any from the Twitterati. Love was a grassroots effort that spread because of its sincere nature. Love doesn’t need big endorsements, as it turns out.

In the end, the post received over 80,000 views in 48 hours (up from an average of a few hundred a day), we had nearly 2,000 Facebook attendees and there was a feeling of Good Will for the entire weekend. I was humbled and grateful, to say the least.

Many people congratulated me on this exercise, and a few people inquired about how I might monetize the effort. But I didn’t get into this project for notoriety or a payoff. It was just a test by a regular guy and some pretty extraordinary people. The goal was to see if Love would have an impact on our SM stream. And boy – did it ever.

Note: I would be remiss not to mention Mark Murnahan @murnahan as a very important partner in helping spread the word about #iloveyou. Without him, I don’t think we’d done nearly as well. The same is true of Lolly Daskal @lollydaskal and Laurie Smithwick @UpsideUp (who got Kirtsy involved) as well as hundreds of other people that I’m totally grateful for. Thank you.

Jim is a father, husband, copywriter and founder of smashcommunications.com.