Skip to the content
…and Content vs Delivery in Good Public Speaking
Recently Jim Mitchem reminded me about an important date coming up on the calendar — a day he himself designated to celebrate the the idea of love by simply saying “I love you.”
This celebration began back in 2009 as more of an experiment. In Jim’s words:
I was fairly new to social media and in awe of its mass mobilization potential. To see an idea spread across the world in real time is pretty amazing, but things like that happen here every day. When an event occurs that affects people on a universal scale, pay attention to social media.
Sure, there are some people here who could give a rat’s ass about anything that doesn’t directly affect their well-insulated ego cocoons, but most of us use social media as a way to connect and share with other people who make us feel like we don’t have to carry life’s burdens alone. It’s reassuring to know we’re flying through space on this rock with human beings who actually care about each other.
Then it occurred to me that just as with the power of good, so too could social media be used for the power of evil. And I imagined how Hitler might have mobilized masses in this space. After all, propaganda is just communications. Just words. And so it was … I had the idea to test the power of words in social media. Or rather, to test the power of one word – Love.
That year (2009), he shared his idea with me and a short list of social media influencers who have become permanent virtual acquaintances (and in many ways great friends). And he invited us to join his experiment, which he launched with a beautiful inaugural post.
The results surprised us all. #iloveyou became a trending topic on Twitter and made waves elsewhere, splashing across most of the social media platforms that existed four years ago. We loved the experience so much that the day itself – April 4 – became an unofficial, (mostly) unorganized, organically grown annual celebration for us … and a growing list of others.
Four years later, Jim, Molly, Staci, Nichole and I haven’t abandoned our belief that words have the power to transform, change, shift, and move people in ways we often overlook or under-appreciate…and that one, two, three words in particular, have the power to not only summon profoundly good feelings, but also move us closer to profoundly better ideas.
And so today, April 4, 2013, I join my esteemed peers and virtual brothers and sisters in loving arms in inviting you, once again, to share these three words with the world through social media (we’ve added a Facebook page if you’d like to post there, too):

Now here’s another take on a song that some might consider to be a standard from the past… Just look how it not only claimed a place in pop culture back then, but also survived through a generation only to emerge years later, solid and true, in an entirely different arrangement for an entirely different audience. Fascinating. Inspiring.

From the Indiegogo Campaign page:

Jerome Schoolar, Producer and Co-Creator of the Emmy Award winning PBS show “The Biscuit Brothers” is calling on fans to support the building of a new Fine Arts Farm in South Austin that will be designed to provide music and arts education to the entire community. The proposed facility will include concert and theatre space as well as multiple classrooms, a themed outdoor area, and plenty of Magical Musical Farm décor.

“I want to create a space where we can entertain and educate kids and families of all ages in all sorts of ways,” said Jerome Schoolar, who plays Dusty on the show and has served as a City of Austin Fine Arts Coordinator for Children.  “Our vision includes regular classes, special concerts, theatrical guests, and more, with much of it low-cost or even free to Title 1 AISD schools and other at-risk members of our community.”
The Biscuit Brothers have a long history of providing inexpensive or free shows to the public – often benefitting other local organizations – and hope the new building near Slaughter Lane and I-35 will help sustain those as well as the TV show which is given to PBS for free.
“This is a big undertaking,” Schoolar said.  “We’re going to need a lot of individuals and community partners to donate through the project at indiegogo.com we’ll be launching on October 16, or even provide long-term sponsorship funds.”
$50,000 is needed to secure the property and begin upgrades.  Schoolar says he hopes to raise at least $25,000 with the indiegogo and another $25,000 from corporate sponsors.

“We’ve got some amazing rewards for our indiegogo supporters, including free classes and invitations to participate in the permanent decorations of the building.  For our top indiegogo donors or corporate sponsors, we’re offering chances to name classrooms and more. And for everyone, we’re offering the chance to help build a facility that has the potential to make a lasting impact across our entire community.”

Schoolar points to multiple studies on both the national and local scale that highlight the importance of Fine Arts training in education. “There’s ample evidence showing that children who are actively involved in Fine Arts Education are smarter, healthier, and happier, and that exposure needs to begin as early as possible with reliable consistency. The Biscuit Brothers have always been about fostering musical education for young kids, and now we want to broaden that to a fully artistic and really fun Fine Arts Farm.”

If the funding goal to open the Biscuit Brothers Fine Arts Farm is not reached then all donations will be returned.

About the Biscuit Brothers Television Project

The Biscuit Brothers began broadcasting in 2005 and is made available for free to PBS stations throughout the United States. The show can currently be seen in 30+ markets. The Biscuit Brothers perform live concerts across the U.S., create educational materials for teachers and parents, and use their profile to help non-profit organizations raise money and awareness for programs including hospitals, schools, and other family-focused causes they believe are important. The Biscuit Brothers Children’s Television Project relies on private and corporate donations and the sale of their own CDs and DVDs to fund their production.

Todd Simpson … a story you simply will not believe. Todd overcame incredible odds to even survive childhood, then faced challenging disabilities that he battles to this day. You wouldn’t know it to see him, though. At the still somewhat tender age of 18, he was inspired by a music video (Hendrix, no less) and decided that he wanted to play some music too. So he picked up a guitar, and impossibly soon after he was wailing like this (video below). See him for yourself this month, when he performs at the Texas Book Festival on Sunday, October 28, 2012, at 3:00 PM.

Woman tears it up.
by me. 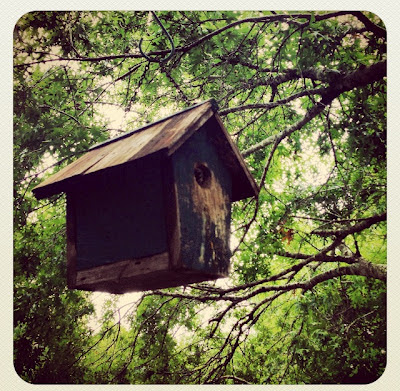 Wind picks up
Trees bow and curtsey
ebb and flow
ebb and flow
Depending on the hour,
soon,
Sirens will wail
as they always do After
rain slicks streets And
irreverent drivers pay
no mind.
Ride it out
ride it out
Go on about
your business.
Rain sprinkles
on skin
Cool toddy Candle flicker
my lightening.
I will grow tired
As does the storm.
Candle flicks Lightening answers
Thunder rolls
Nod and sway
nod and sway
Then
still.
This night no sirens
Quiet
finale.