Twitter is a fascinating technological tool: part party line, part search engine, part trend tracker. It’s also a lot like a Ferrari. You can’t fully appreciate it after a mere test drive. You need time behind the wheel – pushing buttons, exploring features and taking it full-throttle on the open road. That’s what reveals the truth about power, functionality, engineering and design.

I slid behind the wheel of Twitter six months ago so I could tap into conversations with high-caliber professionals and peers. I fully expected to be inspired and entertained. What I did not expect was to witness to the rise of a real-time system of free enterprise checks and balances…with a sphere of influence that spans the globe.

Twitter has reshaped public relations with a power-packed subscriber list and audience of influential consumer groups, journalists, political officials, celebrities and corporate executives. And Twitter has given a voice to the average Joe for the first time since corporations dropped the iron curtain of automated customer service a few decades ago.

I remember the first time I encountered an automated system instead of a voice on the other end of the phone line. “This is the end of customer service as we know it,” I thought – and so did millions of other people.

Public outcry for human interaction led some to put a person at the end some automated odysseys. Unfortunately call center reps are programmed to be as ineffective as touch-tone systems. I feel for them, though. They’ve got draconian rules on one end, emotionally charged customers on the other end, and no power to exercise independent judgment in between. Ever try to get a customer service person to abandon their scripts? Whoo-ee.

It’s a sad state of affairs, but we have more grey matter than other mammals, and we’ve harnessed it to learn get-the-operator shortcuts and code-words like “escalate the case” when we’ve exhausted negotiations. But unless you have hours or more to invest (in my case a year with American Airlines), the odds of a satisfactory resolution are weighted against the underdog.

But now we have Twitter. And early-adopter businesses such as Southwest Airlines have seen how it provides checks and balances for internal operations and external relationships. Twitter is an early-warning system for impending public relations crises, and it may help uncover the size and source of a system failure.

Case in point: I ordered flowers online from Teleflora the Saturday before Mother’s Day. I knew I’d pay a premium for the transgression of dragging my feet and waiting for last-minute deals. I was prepared for that.

I chose the arrangements for both my mother and mother-in-law and worked through pages of online forms. Just before I crossed the Confirmation Page finish line, I was abruptly re-routed by an error code that implied I was crazy to expect same-day delivery… but might I agree to Sunday delivery instead?

Absolutely, I clicked, and slogged through the forms a second time, only to fail again. Sunday delivery was an option on Screen 2, but the payment processing Page 4 disagreed. Apparently 6 million other Americans were ahead of me in line for Sunday delivery. I started over again and cheered when Monday delivery was approved for both orders. I would not have survived a third taunting.

You can imagine my surprise, four days later, when I received an e-mail stating that the flowers were not delivered to my mother. No phone call to the recipient, or me — an e-mail with an option to reply online or call an 800 number. I chose the latter and learned, after much time of the phone, that neither arrangement had been delivered — three days late and counting — and I was offered a litany of excuses.

People spend too much time developing excuses instead of solutions. Nobody wants to know why you dropped the ball — especially when the game involves little old ladies or anyone’s mother. All we want to know is that you delivered a win. Period.

The Teleflora rep promised flowers THAT DAY with an apology note (or an explanation). She offered a 50 percent refund and a phone call when the delivery was confirmed.

Wednesday and half of Thursday passed. We called again and learned the flowers still hadn’t been delivered. This time we were told the flowers might make it by Friday afternoon and the rep offered to take 20 percent (not 50 percent) off the original bill.

I assured Teleflora that Texas and Kentucky have people with flowers and driver’s licenses who are willing to take money in exchange for delivery. We eventually reached another agreement, which I didn’t trust. I called a florist 3 blocks from my mother-in-law’s house and had another arrangement delivered that day. Successfully.

Next, I logged on to Twitter and started micro-blogging about the experience — and what do you know! Within 24 hours I had a senior vice president with Teleflora on the phone. She was absolutely terrific, and as nice and appropriately mortified as she could be, especially now that it was Friday afternoon and my mother still had not received her flowers.

The executive personally took my case, which she fought nobly on my behalf for three solid days. I am happy to report that the flowers reached my mother yesterday, after a 10-day-long odyssey past the Port of Mother’s Day.

Thanks to Twitter, (and to Teleflora for having the good sense to be ON Twitter), I found Jennifer Simms, who had the compassion and authority to personally solve my problem.

It’s a shame, really, that customer service is languishing in an age of technology and advanced human understanding. It’s not just that automated systems that have brought us down. It’s that organizations have lost sight of the fact that people matter.

Employees are not just tools with numbers assigned to them. They are an organization’s greatest resource — people with hearts and minds who can be effective ambassadors of goodwill if given the freedom and authority to do what’s right. Employees should be allowed to exercise independent thought and solve problems in real time on the front lines with customers.

One U.S. company is a model of success in customer relations: Southwest Airlines. Their philosophy and standards of practice are so impressive that they have a single-digit employee turnover rate. In fact, you’d have an easier time getting into Harvard than you would finding a job opening there.

Southwest Airlines gets it. And they’ll get it whether Twitter lives long and prospers or fizzles out tomorrow. The proof is in the pudding — in this case the American Customer Satisfaction Index (ACSI).

This week Southwest Airlines was ranked Number One by the ACSI, and they got there because they value people, support and trust their employees — and much more. 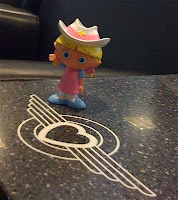 m the mantra that we’re in the Customer Service business, we just happen to fly airplanes,” said Linda Rutherford, Southwest Airlines’ vice president of communications and strategic outreach. “It is that focus on the Customer that centers our efforts. We want to use each interaction with a Customer to win their hearts and minds and earn their repeat business. We capitalize the “C” in Customer and the “E” in Employee for a reason. It’s a daily symbolic reminder that it’s the People–our Customers and our Employees–who make Southwest different and successful.”

Linda spoke to my public relations class at St. Edward’s University this spring, and after one student commented about how many things Southwest Airlines seems to do right — and better than everyone else — Linda kidded that her company could probably expand into the consulting business for a number of their successful innovations (customer service, social media, public relations, and more). For the sake of consumers everywhere, I wish they would.

So here’s to you, Southwest Airlines, for earning yet another gold star the honest way. America LUVs you.