A couple months ago I attended a TPRA seminar on social networking and was astonished to learn that I had been asleep for the past 25 years and missed a technological revolution. Apparently that revolution has produced a new social order in which people can communicate with anyone, anywhere across the world instantly — the opportunities are limitless! — except for one oddly arbitrary rule. Each communication must be limited to 140 characters or less if you plan to do it by way of a funky new service called Twitter.

I know when I’m beat. I am an old-school communicator who, this spring, will be teaching college students with attention spans likely limited to what happened four score and seven tweets ago. I had no choice but to join the social experiment.

Armed with my pages of notes from the PR seminar (thanks to presenters such as Connie Reece, Brooks Bennett, Will Hampton, Robert Quigley and others for the insights), I set out to join the 21st Century and enjoy some of the rights and privileges that the technological revolution might afford me. 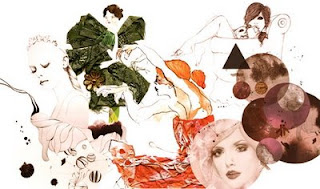 Arbitrary rules aside, it’s a fascinating thing, this Twitter. Connie Reece describe it well. It’s essentially the top line from Facebook – “What are you doing now?” – shared in an open forum.

At first, I was perplexed about the 140-character limit (characters, not words).

But Twitter proves that, with a bit of practice, you can communicate a lot in 140 characters or less. Present a golden opportunity with the catch of a creative challenge, and people will rise to the occasion…with abbreviations, short words, acronyms and a Tiny URL converter.
After my initial investment of time and research, I realized that there’s something to Twitter beyond idle chatter — if you understand its capabilities and use it as much as a tool as you would as a pastime. I’ve connected with people in Germany, Australia, Canada, Great Britain; coast-to-coast in the U.S. and elsewhere around the world. In a matter of weeks.

I’ve learned things. I posed random questions to complete strangers and received prompt responses from experts in their fields — in some cases leading professionals and/or company CEOs, entrepreneurs, and peers in my profession.

I started exploring networks – hopping from one person to the next, following leads down blind alleys to unknown destinations around the world. One person has the potential of leading to a thousand (or more) others. And every person worth following, I’ve found, has readily available information to scan and determine what’s personally relevant. Click on names and see their bios, read their micro-blogs on Twitter, or follow links to their websites and full-on blogs. If you like what you see, you can choose to “follow” them — which means you receive their micro-blog updates and you can engage them in conversations.

You can follow organizations, as well, for other relevant updates. I follow Starbucks (coffee achiever that I am), and the Times Online (for fantastic headlines and links to stories from the London paper), The Austin American-Statesman, and the Prime Minister of England’s office, just for giggles. You can even follow London’s Tower Bridge, which Tweets when it opens and closes for boats on the Thames (rather dull, for the most part, but probably handy for captains).

I’ve read more articles related to my profession in a month than I would have otherwise in six. I’ve downloaded comics, and pictures, and intriguing quotes, like this one by one Kimberly Bock: “Poetry. Fantasy that drips from the breast of naked thought.”

Of course there isn’t just one technological answer to life’s many questions and pursuits. But, consider this — although one person cannot be all things to all people, one person can harness the power of Twitter to get a whole lot of value from a whole lot of people in a relatively short amount of time. For free. And with limited advertising. Hallelujah!

witter is an experiment with no boundaries, with each participant serving as a catalyst that produces energy and fuels other reactions with an unknown end-product (and lots of interesting by-products). I suspect that many of the people who use Twitter have a shared sense that something beyond the confines of everyday living — beyond expectations, even — is unfolding before our eyes.

Through Twitter, people are forming new global societies that rise above our own communities, cultures, values and ideals — complete with self-generated, make-as-you-go rules of etiquette and human interaction (taught patiently to amateurs by more experienced users). It is, I imagine, what the original founder of the World Wide Web imagined the World Wide Web ought to be. For now, anyway.

Cottage industries are flourishing around it, too. You can find Twitter wikis, widgets, gadgets, decks, bloggers, backgrounds, search engines, instructors, mentors, ranking systems and – oh, so much more on the horizon. It’s mind-boggling to think how fast this budding form of communication has moved people and enterprises (and, sadly, the more seedy parasites and troglodytes that we’d like to sluff off the world’s underbelly).

In the end — a brilliant twist, if you ask me — it seems that Twitter is what you make it. You get out what you put into this nifty tool. That means you have to invest some time and energy if you want the effort to pay off. And, if you want to realize some value, you have to add some value.

He’s not the only one. I will say that as useful as Twitter is, it is also rather addictive. Someone may have to write a 12-step program for folks like JKim and me. The other day someone asked how you know you’re addicted to Twitter, and I got my answer from a friend (sorry for bringing this up again, dude).

I was on iChat with him, kidding around about getting more information from Twitter that I did from my own friends. He shot back, “We try to tell you stuff, but you say ‘Shhh! I’m Twittering with John Cleese now!'” I howled. Seconds later, I was retyping that line in a Tweet. (For the record, I don’t Twitter with John Cleese, much as I’d like to.)

Hats off to the guys who dreamed this one up while I was sleeping away the technological revolution. Twitter is not only fun, it’s also got a heck of a lot of potential to become something truly meaningful.