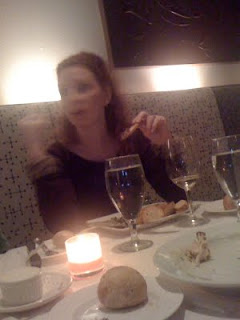 I love food. I really, really do. I love going out to eat. I especially love restaurants like Joe T. Garcia’s in Fort Worth (their amazing family-style traditional meal hasn’t changed for generations, thank God); ChezNous in Austin, Texas; Celadon in San Diego; Sequoia in Georgetown; Pascal’s Manale in New Orleans; China Grill in New York; The Red Fort in London; L’Absinthe in Paris and many other places that have created delicious food and splendid memories for my family and me (and perhaps some of you) for generations.

I love cooking, especially with friends and loved ones. I love being in other people’s kitchens while they cook. I love trying new recipes. I love the smiles on people’s faces when they approve of some new concoction from my kitchen.
I love collecting books about cooking from around the world. I love taking pictures of food. Bring me a beautiful plate of dinner and I’ll snap happily away with my camera, whether I’m in a restaurant or at somebody’s house. 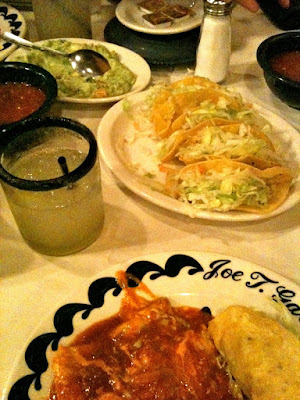 And oh, how I love spices. In my last life I must have grown and sold spices, or lived along one of the ancient incense and spice trade routes, because I relish their rich aromas and flavors, which have summoned the gods and produced out-of-body experiences for as long as mankind’s been eating.
I am wooed by the earthy-dry-fruity-perfumy-grassy-acrid-flowery-musky-woodsy pungencies that are sifted from nature and distilled by our imaginations.
In my own kitchen I have a spice rack on the wall and a spice drawer beneath it. Both are stuffed, sometimes 2 bottles deep, with pure, pungent and prized concoctions. My 4-year-old son and I have often wandered through this collection together, opening jars and tins one-by-one, smelling the contents, and discussing the flavor and use of each. In this way my son has learned about “pungent,” “savoury,” “sweet,” “bitter,” and the like…and we have also learned what we should and should not add to a pot or pan (sometimes the hard way).

Certain scents will always remind me of those times when he’s climbed up next to me on his kitchen stool and “helped” me spice things up while I’ve narrated various cooking processes to him.

If music is what feelings sound like, then spices are what they taste like. A single taste can transport us back to a very happy or particularly poignant moment. Of course it can; the sense of smell is very closely tied to memory. I suspect that the two travel down the same neural pathways and wind up in the same grey-matter repositories. Combine the two – smell and memory – and you have the makings of some potent recollections. Last weekend my sister-in-law brought me some hand soap for the kitchen, and the pink sparkly stuff smells just like Christmas to me.
Every time I wash my hands, I am transported back to my family’s home on Morningside Drive in 1972, the year that Santa delivered Sesame Street puppets and a “toy” Bissell for me, a red and white sleeping bag for my sister, and tie and a package of underwear for my father. Of course there was more to Christmas than those five gifts, but I was very young and apparently those particular images are tied to – and summoned by – the scent of Aline’s Christmas soap.
During any holiday, any time of the year – my kitchen is bound to be a lively, happy science lab where we mix old and new concoctions. On rare occasions over the past decade our experiments have resulted in volcanic-like eruptions from the blender, flour-dust storms, a small fire or two and a landslide of laughs and good memories. 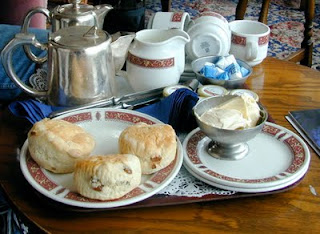 Once, my good friend Nidia and I tried to make tamales in my tiny kitchen in Washington, D.C., and the adventure was so unsuccessful that the only thing we were able to produce was a batch of steamed, gooey, meaty mud balls. After a call to Nidia’s mother, we learned that our key ingredient was supposed to be corn meal and we looked at each other, both covered in corn flower, and fell on the floor laughing hysterically. That may have been Nidia’s first and only failure in the kitchen, and her pride was like a souffle that had been taken out of the oven too soon.
Nidia is one of the best cooks I know – and I firmly believe that she needs her own Food Network show. That girl can make something really delicious and healthy out of anything, especially if you’ve got any chiles, cilantro or comino in the kitchen. She’s got a supernatural talent for Southwest-style cooking, and she can whip up a pot of stew or soup that will cure any cold, flu or broken heart that comes to the table.
Music and food have another thing in common – they are both universal languages of sorts. We can communicate so much, so very well, through our kitchens and the wonders that are produced and delivered from them.
My neighbor, Karen, is a superb baker-ess, and she’s been taking cake decorating classes one or two nights a week for a few months. I know this because I often open my front door — or my mailbox — and find the results of her handiwork wrapped up with a bow for me. 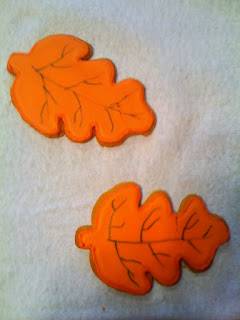 We make great neighbors: we both have 4-year-old sons, and we are both on our own at mealtimes a few nights a week.
She’s one of the few people I can share left-overs with (and we regularly do). I suspect most neighbors would find it odd – or unsettling – if the frazzled and disorganized mom from next door stopped by to deliver a plate of left-overs and said, “Here, eat this so I won’t have to throw it away in two days.” But not Karen, bless her heart. These memories have been simmering with other thoughts and ideas, and as the holiday season unfolds here in the U.S., I hope to add more to the pot.
One of the things I’d like to add is a memory, or a recipe, or a food-related idea from you. I’ve made so many new friends and acquaintances over the past 12 months thanks to my work and the wonders of social media. I’d like to bring you all into the heart of my home — my kitchen — this year.
Won’t you join me? Send me your favorite recipes, photos, ideas and memories from your kitchens. I’ll post them right here from now until we run out of holiday time – or ideas. You can send them via comments to this blog, e-mail, or Twitter – @holidaymeals or @misscharlie.