Four Public Servants and Three Hours on a Tuesday: one of the most rewarding panels I’ve ever moderated 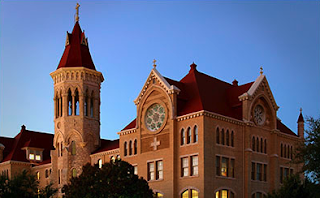 While the rest of the nation was watching President Obama’s State of the Union speech last week, I was moderating a rare and powerful panel discussion on the importance of public relations in government at St. Edward’s University in Austin, Texas.

I coordinated the evening’s discussion for the benefit of my public relations class and other university students. The panel was awe-inspiring: a member of the Texas House of Representatives, a U.S. Attorney, a Texas Supreme Court Justice and an Ambassador to the United Nations for Economic and Social Policy. That these four sacrificed their time on Tuesday night, when millions of others were focused on the State of the Union, or work, or their families, spoke volumes about their hearts and passion for education.

One panelist had an additional challenge – she’s a state legislator. In Texas, the state legislature meets for 140 days every other year, and our biennial legislative session is currently underway. Dr. Diane Patrick, a rising star in the Texas House of Representatives (from Arlington), set aside her busy legislative schedule, a committee meeting, and time with her family to join us. Rep. Patrick serves on the Texas Public and Higher Education Committee (among others) and her background is one of educator and community activist. Before she was elected to the Texas House of Representatives, she was a college professor at UT-Arlington.

By day, Supreme Court Justice Don Willett is immersed in researching, writing opinions, and communicating with judges, attorneys, clerks, staff, and folks who are impacted by appellate cases that reach the state supreme court. He is also a busy family man — father of two with a third on the way. U.S. Attorney Johnny Sutton’s district covers 93,000 square miles of Texas, from Brenham (east of Austin) to El Paso, including Austin and San Antonio. His communications tasks are enormous; he oversees 140 prosecutors who handle thousands of cases.  As for my guest the Ambassador, I could fill the rest of this blog with a list of his responsibilities and communications. 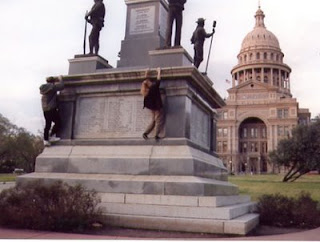 Rep. Patrick explained the complexities of communicating with constituents, lawmakers, legislative staffers, government officials, etc., and of separating legislative communications from political communications. She answers most of her 500 daily e-mails herself and her staff takes scores of calls a day.
Her office produces an electronic newsletter every 2 weeks to keep constituents informed about legislative issues, including the 6,000 bills that will be run through the legislature this session.  Rep. Patrick said her legislative job is to help people solve problems; and a top priority is informing and educating her audiences (which can be a challenge; many voters couldn’t tell you whether their representatives work in Austin or Washington, D.C.).
We discussed the unique communication challenges of the judicial branch: judges must hold themselves above the fray, must be impartial and non-political (even though Texas judges are elected), and must follow legal and ethical standards that are far more strident than any other branch.  Justice Willett told students that one tough part of the job is setting aside personal feelings or values to issue rulings that uphold the rule of law.
He admitted there were times he has been personally opposed to an opinion that he was bound by a higher calling as judge to write in favor of. “The law isn’t wet clay that you can mold,” he said. It’s interesting to think about public service demanding personal sacrifice in this way, and in this branch of government. I can’t help but admire people with the strength of character to defend the Constitution and the rule of law against a multitude of influences, including one’s own conscience. 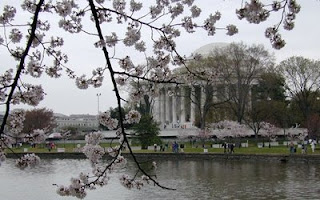 These public servants have the added task of communicating about emotionally-charged issues with passionate people from every walk of life. Anyone who’s ever tangled with an angry mom knows that it’s just about as dangerous to take on an emotional 40-year-old woman with children as it is to corner a grizzly bear with a den of cubs. Put that in a courtroom, and you’ve got what Johnny Sutton does for a living. If a case goes badly, there’s a family involved who’s going to want to know why.

A sobering moment for me was when Sutton, who prosecutes cyber-crime, pornography, and sex offenses (among other federal crimes), warned my students to be careful when they’re online. He recounted a chilling story about a case in Dallas in which a small “mom and pop” organization had 70,000 subscribers to its child pornography Web site (which brought in about $25 million a year).  Roughly 1 in 7 children are preyed upon when they’re online in the safety of their own homes. As great of a tool the Internet might be, it is still a dangerous place for unsupervised children.  So parents, put your computers in a centrally located room, like the living room, where kids can be supervised online.

The Ambassador discussed government’s duty to be a “Democracy of Deeds” and obligation to report how those deeds are being carried out.  He praised the effort to create Recovery.gov, which anyone can visit to see how federal money is being spent.  It’s a great first step for a government that moves very slowly (a source of both security and frustration).  But governments generally lag behind in this world which grows more connected by the hour. As I write this, borders are erased as new global communities are formed in another dimension, which is as real to many as the guy you bumped into in the hallway this morning.

Government benefits from the Internet and its countless powerful and emerging tools for communicating and organizing constituencies. Citizens mobilize online to help countless causes and non-profits. And the more we Tweet or book Facebook time around the world, the more able we will be to make our own decisions about our counterparts on other continents (who are remarkably similar to you and me, it turns out). 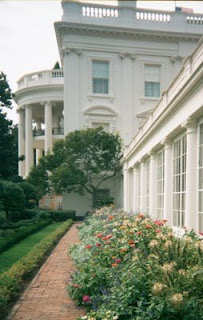 The panelists answered thoughtful questions about the constraints of communicating in their unique jobs, balancing personal values with sworn duties, and public service as a career choice. They left my students with a challenge to never stop seeking truth.  They encouraged students to analyze and research ideas; to consider many news sources and read opposing viewpoints.  One student asked Mr. Sutton how to become a better communicator.  He said, “Be yourself.”  He’s right. The rest will follow.

Our discussion was scheduled to conclude in an hour. All four panelists stayed past 9 p.m. (the two-hour mark), and Justice Willett and Mr. Sutton stayed for the entire three-hour class. They answered every last question and offered to be a resource to any of the students who might have additional questions about public service.

I’ve been marveling about this panel, and all the knowledge it imparted.  Collectively, the speakers represented about 100 years of noteworthy public service. I was moved by the magnanimity of that moment — by the rare and candid, heartfelt discussion. My students have no idea how lucky they were to have the undivided attention of four spectacularly kind, intelligent, and passionate public servants for three hours on a Tuesday night. But they will someday.

Maine Senator Margaret Chase Smith (1897-1955) said, “Public service must be more than doing a job efficiently and honestly. It must be a complete dedication to the people and to the nation with full recognition that every human being is entitled to courtesy and consideration, that constructive criticism is not only to be expected but sought, that smears are not only to be expected but fought, that honor is to be earned, not bought.”